My station at Gay Street, Pulborough, West Sussex was dismantled at the beginning of 2021 in readiness for our move to a new QTH at 28 Ellerslie Lane, Bexhill-on-Sea, East Sussex on 26 March 2021.  I became QRV from Bexhill on 22 January 2022 using 5 watts QRP with my Elecraft K3, and an open-wire centre fed 132 feet inverted vee doublet antenna about 30 feet high squashed into the garden.  A little different from the antennas at our previous QTH!

I use Logger32 for day to day logging and update my QSOs to Club Log in real-time.  Below are the last 15 QSOs I have made as N4CJ.  Apart from when I am contesting and using the N1MM Logger+ contest logging program, new QSOs should appear here within a few seconds after they have been completed - refresh your screen to see them.  I generally import contest QSOs from N1MM Logger+ to my Logger32 logbook within a couple of days of the contest ending, when they are then searchable below. 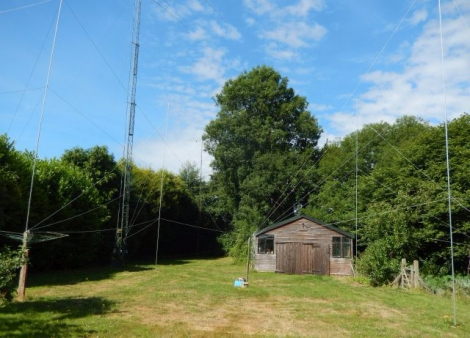 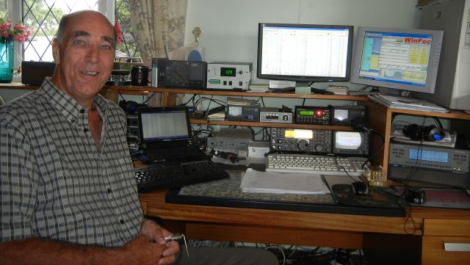 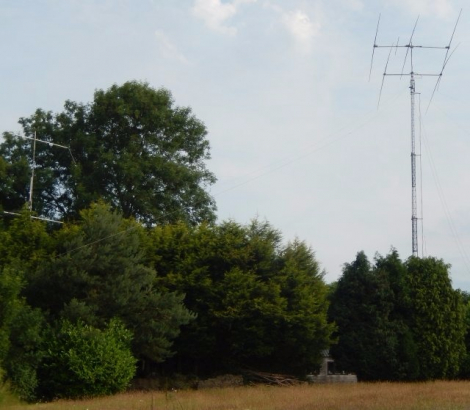 Chris at the operating desk of amateur radio station G4BUE in the hamlet of Gay Street, near Pulborough, West Sussex, UK.  Since the photo was taken, a second  K3 transceiver has been added to try SO2R (single operator two radio) operation in contests.

The two towers and antennas.  The left tower is a Versatower P60 wound down in the trees and, until recently, had two x five element GØKSC LFA stacked yagis for 6 metres on it.  The other tower is a Radio Structures Ltd BM24 (80 feet) tower and has a two element ZX yagi for 30 metres and above it a three element Steppir for 20, 17, 15, 12, 10 and 6 metres, turned by a Pro Sis PST2051D rotator. 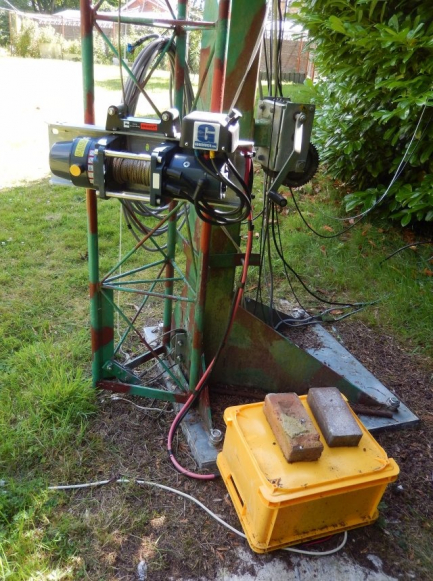 The base of the main tower showing the Goodwinch motor system to raise and lower the tower vertically.  Inside the yellow box is a heavy duty 12V battery, that is continuallly trickle charged, to power the motor.

This is my DXCC standings according to Club Log